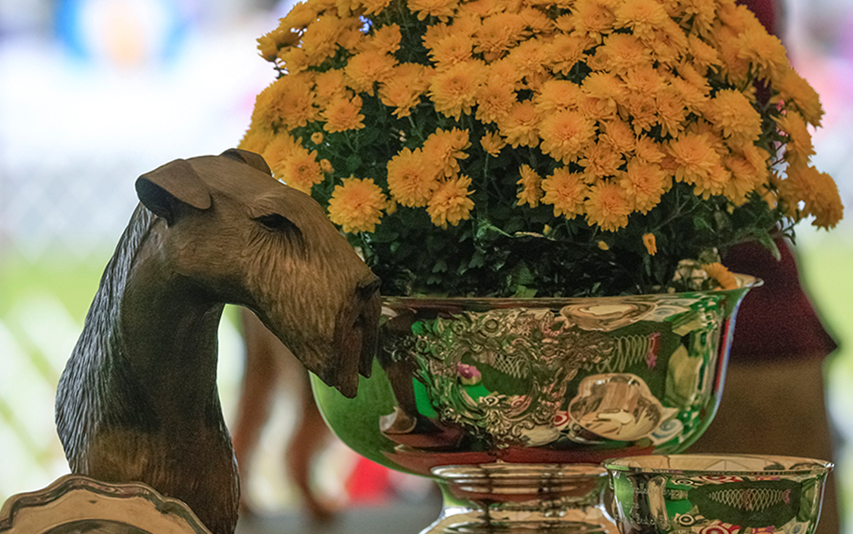 At the Annual Meeting Lakelands are awarded a plaque honoring them for earning AKC titles in two or more venues (conformation; obedience/rally; agility; earthdog):

The awards are cumulative (do not have to be earned in the same calendar year), but the tally for next year’s awards will encompass the July 1 through June 30 to keep them as current as possible while allowing time for designing with the dogs’ names and titles.  The plaque is metal, 4” x 4” and bears the club logo and the dog’s name and titles and was designed by Sue Thurlow.  It is suitable for attaching to a crate or mounting on a plaque. 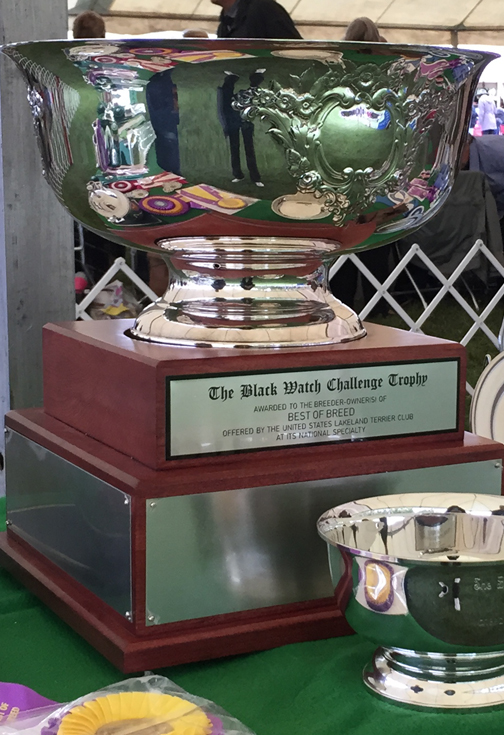 The Black Watch Challenge Trophy is a 15"vintage silver plated punch bowl on a tiered wooden base to the USLTC to be called The Black Watch Challenge Trophy. This trophy is to be offered by the USLTC at its National Specialty to the breeder-owners of the Best of Breed. To retain permanent possession, the trophy must be won three times by the same (identical) breeder- owner(s), not necessarily with the same dog. The trophy shall be kept and maintained in good condition between the national specialties by a USLTC member of my choice or the choice of my designated representative.

My purpose in offering this trophy is to provide an incentive and to reward long time commitment to breeding and owning outstanding Lakeland Terriers. Indeed, it is a challenge in the truest sense to win permanent possession of the trophy and that is what I intend for it to be.

The American Kennel Club has approved the wording of the trophy description. 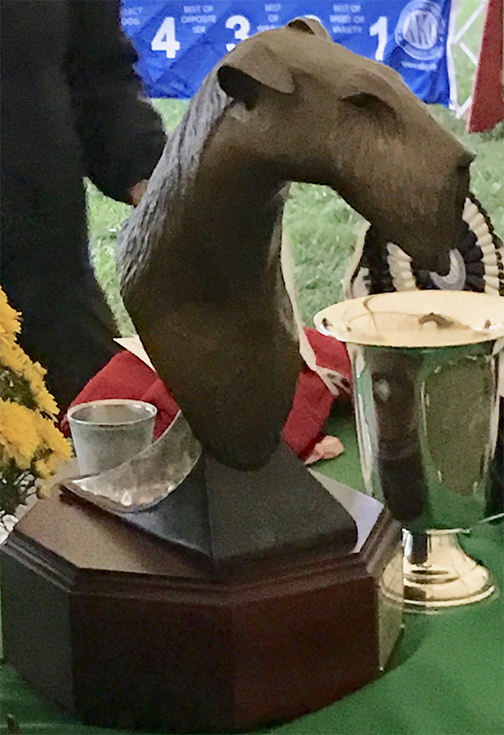 THE BERKELEY TROPHY. To be offered annually at the National Specialty of the United States Lakeland Terrier Club, until won outright, to the breeders and owners of the dog awarded Best of Winners, provided the breeders/owners are identical. For permanent possession, this trophy must be won three times, not necessarily with the same dog. The trophy is a Life Sized Solid Bronze Bust of a Lakeland Terrier modeled after the award's namesake, Am./Can. Ch. Northcote's What A Riot Wenrick, Sculpted by Dennis Springer and mounted on a Wooden Base. A suitable keeper trophy will be offered to commemorate the win.